Jagdish Singh Jhinda Back As HSGMC Chief Till 14th July, Was Unanimously Re-appointed By HSGMC Members

Chandigarh: After a long  power struggle in the faction ridden 41 member Harayana Sikh Gurudwara Management Committee (HSGMC) peace finally came in the form of a temporary truce when the members on Sunday decided to bury their differences  over controlling five Sikh gurudwaras and reappointed Jagdish Singh Jhinda as its chief—a move engineered by Sikh preacher Baljit Singh Daduwal. 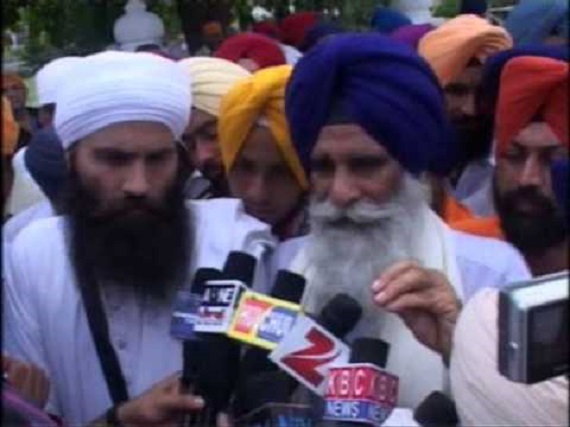 Media sources indicated that the truce will remain in place till July 14, the day the Supreme Court of India  is expected to deliver a verdict on the formation of HSGMC, which was challenged by the Shiromani Gurdwara Parbhandhak Committee (SGPC).

Sunday’s meeting that lasted for over five hours was to prove the backing of majority members after  the appointment of Didar Singh Nalvi’s as the president by a 28-member of HSGMC executive committee on April 9 after removing Jagdesh Singh Jhinda from the post. Didar Singh Nalvi was suppose  to prove the majority on Sunday.

The Jagdesh Singh Jhinda-led faction had dismissed Didar Singh Nalvi’s appointment, calling it illegal. In the run-up to Sunday’s meeting, both the  factions were claiming to have the majority support required to control the Sikh body in the state, media reports said.

“The meeting was summoned to elect the committee. The presence of 32-members in Sunday’s meeting was the largest ever. All the rights were given to me to decide the matter. And Jhinda was re-appointed as president unanimously,” said Baljit Singh Daduwal while talking to  an English print over phone.

On the other hand, Jagdish Singh Jhinda said the meeting was summoned to clear the confusion created by his decision to appear before the Akal Takht Sahib, the supreme temporal seat of the Sikhs in Amritsar.

After being excommunicated by the SGPC in 2014, Jagdish Singh Jhinda on April 4 had appeared before the Shri Akal Takht Sahib and tendered an apology for not complying with the summons issued against him by the SGPC for demanding formation of the HSGMC, reads a quote published in  Hindustan Times (HT).

Furthermore, the outgoing chief of HSGMC Didar Singh Nalvi while interacting with the media said that “in the interest of the HSGMC” it was decided to “maintain a status quo” till July 14 verdict.

“All members agreed that there should be no change of guard so that we can fight the case unitedly in the Supreme Court. But the president and general secretary of the body will resign on July 14 irrespective of the Apex Court ruling to pave a way for electing the new body,” he adds.