Chandigarh/ Punjab (August 18, 2014): Congress leader Jagmeet Brar, who has been suspended by the party for his alleged indiscipline continues to shot his fires. He said that present leadership of Congress party in state was engaged in “match-fixing with the SAD (Badal)” a new party leadership was needed that could end this “match fixing”. 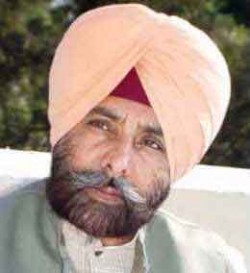 He blamed this “match-fixing” for the party’s poor performance in the Assembly as well as the recent Lok Sabha elections, despite the strong high anti-incumbency sentiment in the state.

He said the Central leadership of the Congress party should investigate that why certain senior party leaders, including MLAs, did not campaign in their own Assembly segments during the Lok Sabha elections and preferred to be at other constituencies such as Amritsar.

Jagmeet Brar claimed that the Congress had lost the Assembly elections to Shiromani Akali Dal (Badal) not because of Badal Dal’s deft election strategy, but because of its own leaders who worked against their party candidates.

“Is this not a part of match-fixing that certain Congress leaders are not going to Talwandi Sabo to campaign for the Congress candidate under one pretext or the other,” The Tribune has quoted Jagmeet Brar as saying.