It may be recalled here that after his suspension Jagmeet Brar had quit the party earlier this year to join the Bharatiya Janata Party (BJP). However, state BJP leaders were against his joining the saffron party. 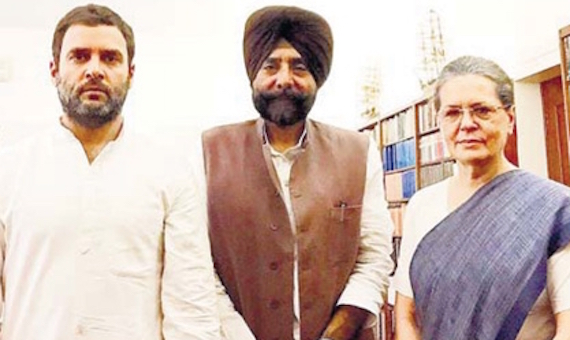 As per media reports Jagmeet Brar has been working on his return to the Congress party fold for sometime. He expressed his gratitude to Rahul and Sonia Gandhi.

After being instated into the party Jagmeet Brar, who was unhappy with the party high command for being sidelined, also pitched himself as an alternative to the warring factions in the Punjab Congress.

“With this decision, both leaders (Sonia and Rahul) have expressed their full faith in my ability to contribute towards helping the Congress sail through in 2017 assembly polls,” he said in a statement.

“Amarinder, who has no love lost for Brar and had opposed appointment of both Bajwa and Brar as his successors in 2013, did not react to the development. MLAs owing allegiance to Amarinder camp, too, refrained from welcoming Brar back into the party fold except MLA Charanjit Channi who said the move would strengthen the party in Punjab”, notes a news report by Hindustan Times (HT).