“Former member of the Congress Working Committee, Jagmeet Brar announced his decision during a press conference where his brother Ripjit Brar and close associates — Vijay Sathi, former MLA from Moga, Manjit Singh Jhalbhuti from Mansa and Gurdas Girdhar from Muktsar — also quit the primary membership of the party” reports The Tribune (TT). 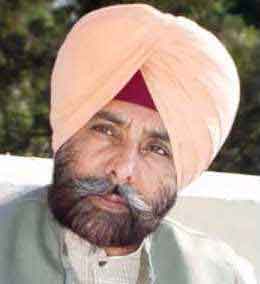 Jagmeet Brar, 56, had been under suspension for the past six months after he criticised the party’s functioning following the party’s rout in the Lok Sabha elections. He had suggested that Congress president Sonia Gandhi and vice-president Rahul Gandhi should take a break and hand over the party’s reins to somebody else.

During a press conference held yesterday to announce his resignation Jagbir Brar said taht the BJP was a party free from ‘nepotism and dynastic politics’. He repeatedly praised Narendra Modi while addressing the conference.

He said the Congress lacked inner democracy and had been hijacked by people possessing money power.

“The Congress has fallen prey to VIP culture and has a bleak political future in its existing form. Without making drastic changes in its structure and way of working, it will not be able to survive in politics,” he said.