Chandigarh/New Delhi: Former MP & Punjab President of Trinamool Congress (TMC), Jagmeet Brar reportedly met Mukul Roy, MP & National Vice President of the TMC in Delhi yesterday to submit a detailed constituency wise assessment report and a list of probable candidates for the Vidhan Sabha elections in Punjab. He also discussed the political strategy for a pre-poll alliance and inclusion of leaders from other parties.

At the end of the meeting Mukul Roy, National Vice President of TMC added “We have received a detailed report and candidate list from the Punjab unit, we will meet again tomorrow with Mamataji and take a call on releasing our first list of candidates – if our President says EKLA CHALO RE (walk the path alone) we are ready” 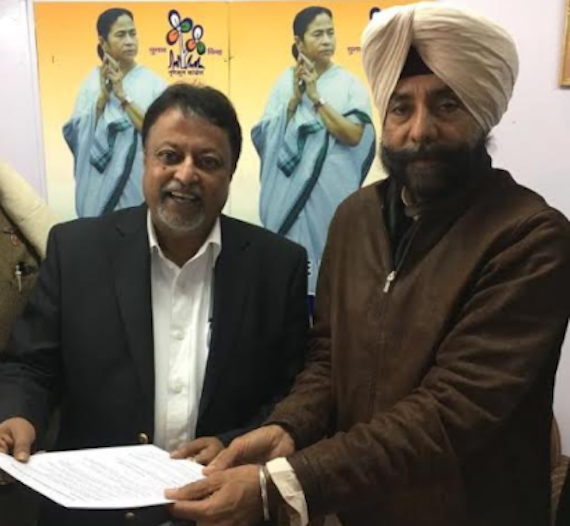 Maintianing at some more high profile faces joining the TMC in the coming days Jagmeet Brar said “I have met over a dozen leaders across parties in the past days and they are all fed up of the manipulation and ‘Pakhand’ in the name of saving Punjab. We have also appointed district coordinators to approach like minded people – TMC will give them due respect and political space.”

Talking about the developments of the pre-poll alliance between TMC and AAP he said “We want the alliance but if it doesn’t happen we will contest seats where our candidates are stronger – the final decision will be taken by Mamataji, I have given the party my report”