“Nobody should be made to feel like they don’t matter.” Jagmeet Singh

Jagmeet Singh, a name currently circulating in Canadian politics that needs no introduction but all the mention, yes a mention because this name single handedly has earned it and rightly deserves to be where he stands today. Yes, the man who stood for himself in the yesteryear’s is now standing up for us, for our interests, welfare and unrestricted growth. 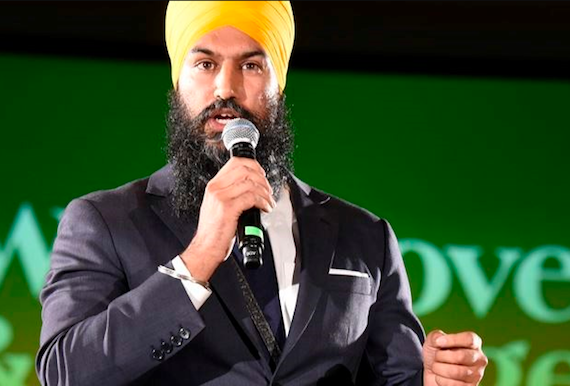 Yes, he has taken the ultimate decision to decorate his turban in the ring rather than be a mere bystander of what is unfolding, he has decided to take charge to bring about a meaningful change for the hard earning families and lead from the front. He has and will continue to do his job, but his efforts have only so much meaning as much as the support we lend him.

The ball is now in our court, he has done his part, let us do ours. What can we do, a lot, trust me, we the people, when we come together can do it all, be if bringing about a change, a meaningful change in ourselves, our associations, our communities, cities, provinces or the nation as such. Yes, let us come together to support Jagmeet, not because of what he looks like or because of his proximity with a particular ethnicity, but because he stands up for justice, because he works for the common man and his daily needs, their benefits  and welfare.

It is open secret that he has single handed championed many causes, and one such cause was to cut down on the high exuberant auto insurance rates plaguing the Ontario citizens. Another equally known cause he has stood against is the high cost of tuition fees in Ontario.

To show our true spirit and support first we need to sign up and next vote for him in the NDP leadership race that will be held soon, next we need to share with him our everyday issues adversely affecting us, so he can take up those issues to places and people who matter in the Canadian federal politics. Amazing is to know that he not only seeks the input on issues affecting us but also the suggested solutions to tackle them. This is what is called issue based politics that is absent and a need very much felt in Canadian politics today. No wonder he is the people’s choice.

Definitely he is my choice. And is he your choice too?

If yes then all you have to do is to vote for him today so we can have our say tomorrow.