Ottawa: On Thursday (April 4), the Leader of the NDP, Jagmeet Singh, and the NDP Public Safety Critic, Matthew Dubé, sent a letter to the Prime Minister regarding the 2018 Public Report on the Terrorism Threat to Canada that labelled the Sikh and Muslim communities as extremists.

The letter to Prime Minister Trudeau highlights concerns about the inappropriate labelling of the Sikh and Muslim communities in the report, in some circumstances without sufficient evidence.

The letter noted that the report has left Canadians with many questions and many concerns specifically regarding the fact that the report uses terms such as “Sikh”, “Shia”, and “Sunni” to label and equate entire communities to extremism. 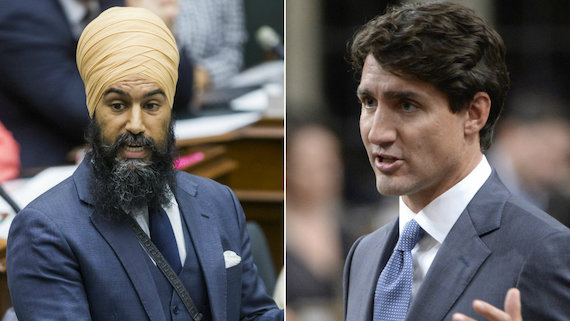 “This report unfairly stigmatizes Muslim and Sikh communities, while failing to consider dangerous and unintended consequences. These consequences include the potential to place vulnerable communities and all Canadians at greater risk, by emboldening the harmful stereotypes that fuelled terrorist attacks in Christchurch, Quebec City and Oak Creek” said Singh. Adding that, “Political leaders must act with great care and responsibility, so their words are not used to exploit fear and fuel hatred – instead, they must promote solidarity and challenge hatred, whenever atrocities occur.”

Dubé added, “You have in us and in our caucus, a strong ally prepared to tackle extremism. It is of tantamount importance to us, however, that any approach avoids further divisions between groups, which in turn fuels hatred and in some circumstances violent acts.” Adding that, “There is nothing more important to us, than the safety and security of all Canadians.”

Jagmeet Singh and Canada’s New Democrats urged the Prime Minister and his Liberal government to remove the report from government websites until all promised changes regarding these labels and references to the Sikh, Shia and Sunni communities are made, or until a clear explanation including any evidence, where appropriate, is released.