Paramjit Singh Mand, newly elected head of youth organization said the credit goes to Canadian society, which is open, advanced, politically mature and democratic in real sense unlike India. And also to the people of Canada, who reposed faith in his leadership. 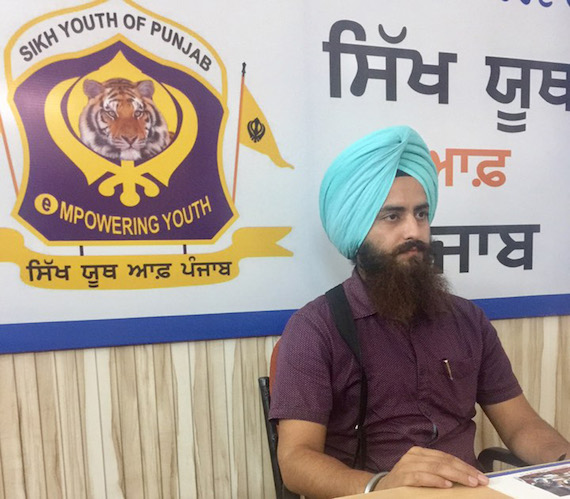 A young, energetic, baptized and devout Sikh elected to lead the Canada’s New Democratic Party is really encouraging and promising development, said he. Being a public figure, his elevation on the international fora would help in addressing the identity crisis to some extent.

The 38-year old politician Jagmeet Singh stands for liberty, equality, rights and justice for all. He has been vocal against the mass killings of Sikhs by Hindu frenzied mobs in Indian capital in Nov 1984. “We, the youth from Punjab, feel proud on his success and wish he may reach at the pinnacle to serve his country and its people.

Equally, we are concerned that a section of media is desperate to paint him with a negative brush. Wisely, Jagmeet in his recent interview has not walked into the media trap, he observed.

Back home in Punjab, Mand who did his MSc in environmental sciences from GNDU urges youth to come forward and join politics to cleanse it from nepotism, exploitation and dirt. He said they would educate the youngsters of the current pitfalls of nepotism, corruption and chicanery so that they do not fall victim to these evils.

He said the youth leaders associated with mainstream political parties have fallen victim to self-promotion and deception while moral values and ethics had completely been eroded in their rank and file.

He said theirs group have resolved not to indulge in any direct electoral participation, however, they would certainly play a significant role by intervening in all social, religious and political debates that affect the present and future of the people.