Karnal: After the former president of the Haryana Sikh Gurudwara Management Committee (HSGMC), Jagdish Singh Jinda was dislodged from his post earlier last month (9th April) by 28 executive members of the committee and Didar Singh Nalvi was instilled on his place, both former and the latter are seems to be engaged in hard struggle to win over the support of majority members.

Newly elected president Didar Singh Nalvi claims that he has the required support in the 41-member HSGMC House to get the top post, but Jagdish Singh Jhinda said Didar Singh Nalvi does not have any right to challenge his authority and all the members are backing him (Jhinda). Didar Singh Nalvi has been asked to prove majority in meeting to be held on May 7th,  notes Hindustan Times (HT).

“Though I am not dying for the president’s post, I have enough members in my favour and I will prove it on May 7,” said Didar Singh Nalvi in his statement to the media.

When asked about the number of members supporting him by the mediapersons he stated that “I cannot disclose this yet but numbers will be sufficient to prove the simple majority.” 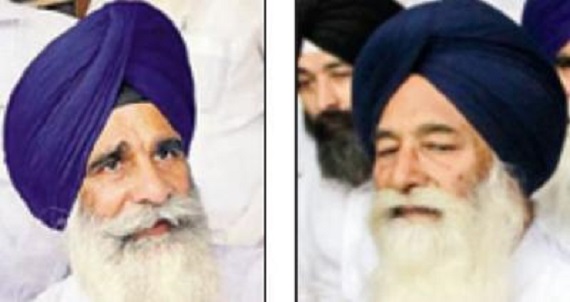 On the other hand, ousted president Jagdish Singh Jhinda said, “There is no logic behind this meeting and proving majority. They do not have any right to remove me before the Supreme Court of India delivers its judgment on formation of HSGMC.”

“All HSGMC members are in my support and I will continue my fight for a separate Sikh body in Haryana. Some people, who are eyeing the chair of president, are working to divide HSGMC members.”

Furthermore, while adding to his statement he further said that “How a group of 10-12 people can elect president of HSGMC and oust a president who was appointed in 2014 with the consent of all 41 members.”

While referring to the undisclosed source within the HSGMC the media reports stated that Jagdish Singh Jhinda and 15 other members of his group are unlikely to attend the meeting.

“They will require two-thirds majority for the selection of new president and we have more than the required majority. We will prove it after their meeting,” close aide of Jagdish Singh Jinda was quoted saying by the media.