The XI Metropolitan Magistrate Court of L B Nagar ordered the cases to be filed on a petition by advocate S Janardhan Goud, who stated that he was disturbed by the video footage shown on Times Now and Zee News in which he heard students chanting alleged “anti-India slogans”. 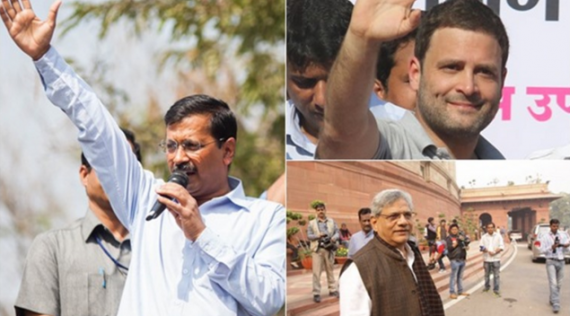 Sedition case registered against Rahul Gandhi, Arvind Kejriwal and others

The FIR was registered as per a magisterial order under Section 153(6) of the CrPC directing police to take cognizance of the complaint, Deputy Commissioner Tafseer Iqubal said.

It is notable that a case was registered by the Delhi police in relation to alleged anti-India sloganeering at JNU on February 9 and JNU students union president Kanhaiya Kumar and two other student leaders, including Umar Khalid, are currently under arrest.

Meanwhile, while talking to the Sikh Siyasat News, Sikh author S. Ajmer Singh said that the events that unfolded over the JNU indicate the rise of Hindutva fascism in the subcontinent.

Full talk with S. Ajmer Singh may be watched below: