Chandigarh: The Haryana Sikh Gurdwara Parbandhak Committee (HSGPC) today welcomed SGPC chief Kirpal Singh Badungar’s announcement that only youths from Haryana would be appointed in gurdwaras in the state but also expressed doubts over his sincerity.

While talking to a English vernacular, HSGPC president Jagdish Singh Jhinda, said “The only reason why Badungar has made this announcement now is that the SGPC’s case against the HSGPC Act, 2014, before the Supreme Court of India is scheduled for January 17 and he knows it well that it will not succeed,” 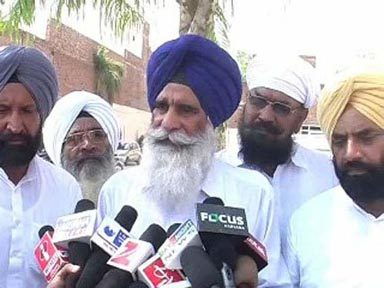 He said the HSGPC Act, 2014, was promulgated after its Bill was duly passed by the State Assembly and signed by the Governor.

Further adding to his statement he said “It is strange that on the one hand, Punjab’s Badal-BJP leaders disregard orders passed by the Supreme Court of India on the controversial SYL canal issue and pass Bills against the canal in their State Assembly while on the other they disrespect an Act on the HSGPC passed by the Haryana Assembly and move the SCI  against it.”

Jagdish Singh Jhinda claimed that a separate gurdwara panel was not merely a longstanding demand of the Sikhs living in Haryana but also their legal right accorded to them under Section 72 (2) of the Punjab Re organisation Act , 1966.

He allegedly said that Punjab’s Badal Dal leaders had all these years been using offerings made in Haryana gurdwaras on Punjab and deploying youths from that state in Haryana.

“Now, sensing the sentiments of Sikhs living in Haryana, which were for their own management committee for gurdwaras, the SGPC leadership was trying to placate them with such announcements ,” Jhinda asserted..