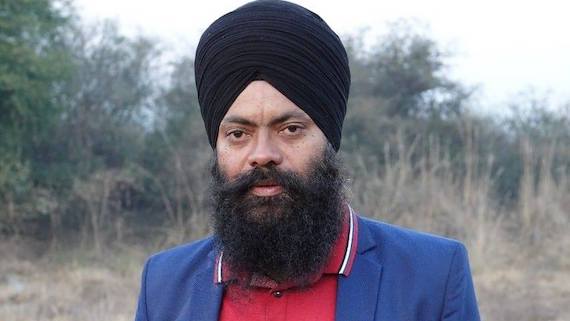 Bhupinder Singh Sajjan was taken into custody on Sunday evening after he had finished his live show “Baaz Di Udaari” on ASP TV, an online channel. The show was streamed live on Facebook but is not now unavailable.

On Monday, the Punjab police said in a written statement (copy available with Sikh Siyasat News) that it has arrested three persons from different parts of Punjab for their social media posts. The list of arrested persons included the name of Bhupinder Singh Sajjan. 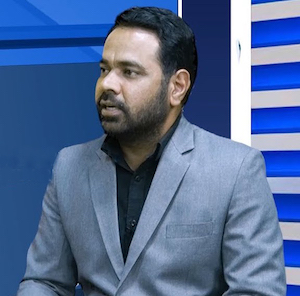 Yadwinder Karfew, who is one of the main presenters and deputy news editor with a Punjabi news channel (News18 Punjab) of News18 Network, said that ‘police case against journalist Bhupinder Singh Sajjan in Patiala Nihang episode was wrong.

“All journalists need to understand that whosoever may be in the government but this trend won’t stop here”, he added.

He said that freedom of expression was the basic value on which people and media live under democracies. He said that in the present scenario, those speaking out against the government should not be booked under Congress party’s rule which claims to be a protector of the democratic values.

“If democratic values and institutions are not protected then how will democracy survive” he asked, while calling upon journalists’ fraternity to speak out against police cases against journalists.

Notably, Yadwinder Karfew is the first journalist working with any mainstream media outlets, who has openly come out in defence of arrested journalists.