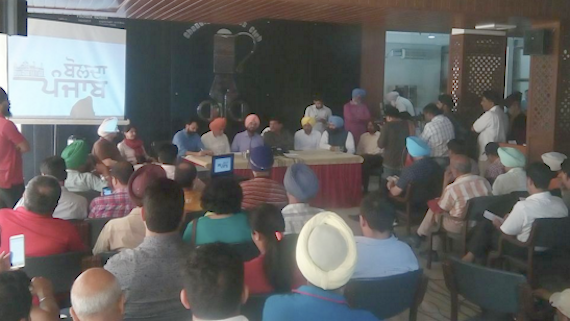 Kanwar Sandhu and other AAP leaders during press conference at Chandigarh

Kanwar Sandhu said that the Aam Aadmi Party has identified various sections of  Punjabi society with which the Punjab Dialogue will interact in coming days.