Chandigarh/ Amritsar: The Damdami Taksal (Mehta) and Shiromani Gurdwara Prabhandak Committee (SGPC) yesterday launched ‘Kar Sewa’ for Shaheed Gallery to be build in the memory of June 1984 Ghallughara Sikh martyrs. The Kar Sewa will be conducted by Damdami Taksal Mehta. The Shaheed gallery will be set up in the basement of Gurdwara Yadgaar Shaheedan built as memorial of Sikh warriors who had attained martyrdom fighting Indian forces during June 1984 attack on Darbar Shaib by Indian Army. 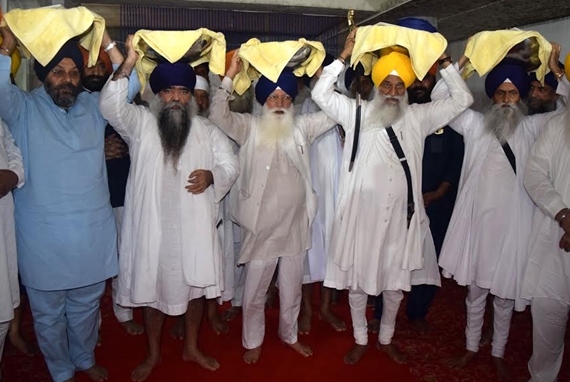 Baba Harnam Singh Dhumma told Sikh Siyasat News (SSN) that besides portraits of Sikh fighters who laid their lives defending the Darbar Shaib and Akal Takht Shaib during Indian Army attack, the portraits of other Sikhs, including Sikh Yatris and Sewadars who were martyred by Indian forces will also be placed in the Shaheed Gallery.