Bengaluru: A dialogue in Bengaluru between police officers and over 40 women from diverse backgrounds, including members of garment workers unions and domestic violence activists, highlighted several key issues contributing to underreporting of sexual violence against women.

At the event, organized by the Karnataka State Police and Amnesty International India, working groups comprising women students and the police responded to a skit performed by Samvada Kandeelu Girls Forum, on harassment at a garment factory, on a public bus and inside a home. The groups discussed the reasons why official reporting on crimes of sexual violence in India is only 1 per cent, and possible interventions to enable women to report sexual violence. 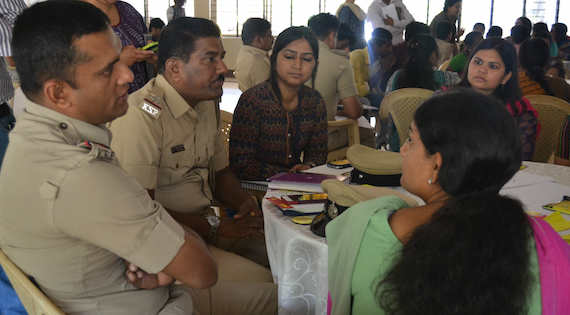 Alok Kumar, Inspector General (Training), Karnataka Police, said, “We want to celebrate Women’s Day in a meaningful manner. Today we have provided a platform for women to share their concerns with police officials and seek redress. We want to encourage women to talk about their challenges. They should feel confident to approach the police with their problems.”

Yamuna G, a member of the Nayandhalli garment’s workers union, said, “The police and communities need to work together more closely to address the hidden pressures that prevent women from reporting violence. It is important for us to look beyond the law.

“Amnesty International India’s ‘Ready to Report’ campaign aims at deepening this engagement between the community and the police towards enabling women to report sexual violence with safety and dignity,” said Gopika Bashi, Women’s Rights Campaigner at Amnesty International India.
​​​​​​
“This is the first of many dialogues for women to talk in safe spaces about their concerns about reporting sexual violence to the police, and for the police to respond. It helps build stronger relationships between the police and women, which we need to make our cities human rights friendly.”