Jammu: As per the reports emanating from the local media MLA Langate, Er. Rasheed Thursday visited Chohala, R S Pora to offer his condolences to the family of Bhai Jasjeet Singh, who was shot dead on June 4 2015 by police while participating in a march to observe the anniversary of the attack on Darbar Sahab Amritsar.

Whilst expressing his grief and sorrow with the family members in particular and the Sikh community at general, Er Rasheed reportedly said that “India has turned a state controlled by few Hindu fanatic elements and minorities are being deprived constantly of their political and other rights”. 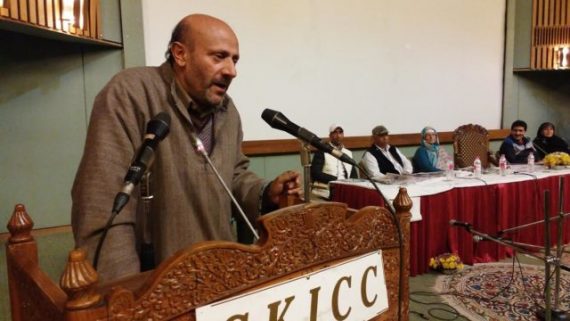 Er Rasheed in a file Photo

Er. Rasheed while interacting with the elders of the community present on the occasion, further stated “though there is very little hope of getting justice but still we all have no option but to fight to bring the killers to justice.

Further adding to his statement he said the shameless state has been doing nothing to stop humanity from bleeding, the deprived minorities and other weaker sections have not to give up and need to show unity with each other so that they survive.

Moreover, in his statement he stated: “the killing, humiliating, torturing minorities and avoiding real issues has become the symbol of patriotism and being a ‘true Indian’.”