Chandigarh: Kerala has been facing unusually high rainfall since early August, which has led to statewide floods killing hundreds and causing severe damage.

At least 167 people have lost their lives and over two lakh people are in relief camps.

Most of the regions impacted by this monsoon were once classified as ecologically-sensitive zones (ESZs) by the Western Ghats Ecology Expert Panel (WGEEP), also known as the Gadgil Committee. 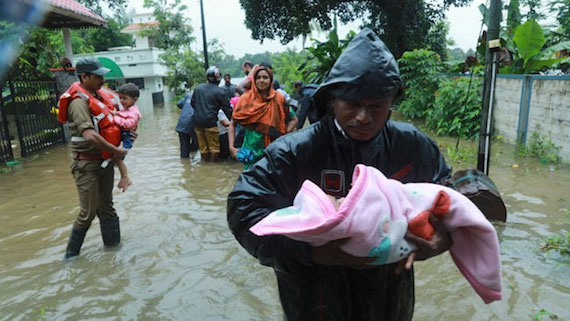 Kerala – At least 167 people have lost their lives and over two lakh people are in relief camps.

The report was crafted by a team headed by Madhav Gadgil, ecologist and founder of the Centre for Ecological Sciences at the Indian Institute of Science, Bengaluru. According to environmentalists, the committee’s recommendations were strong enough to protect the sensitive Western Ghat region.

The committee had suggested that 140,000 kilometres of the Western Ghats be classified in three zones as per the requirement of environmental protection in the areas.

In some areas, the committee recommended strong restrictions on mining and quarrying, use of land for non forest purposes, construction of high rises etc. The report was first submitted to the government in 2011.

But the Kerala government rejected the committee report and did not adopt any of its recommendations.
Speaking to various regional media, Madhav Gadgil has said that irresponsible environmental policy is to be blamed for the recent floods and landslides in Kerala. He also called it a “man-made calamity”.

He said that the committee report had recommended to protect the resources with the cooperation of local self governments and people, but those recommendations were rejected. He also pointed out that quarrying is a major reason for the mudslides and landslides.

Other environmentalists also point fingers at the extensive quarrying, mushrooming of high rises as part of tourism and illegal forest land acquisition by private parties as major reasons for the recent calamity.