EPPING (Melbourne, VIC – Press Release*): Melbourne celebrated its first ever Bandi Chhor Divas in Epping at Galada Community Center on 3rd November 2018. Epping is one of the most densed home of multicultural communities and hosts one of the biggest Sikh population.

The event was organised by Khalsa Education Society in collaboration with City of Whittlesea. 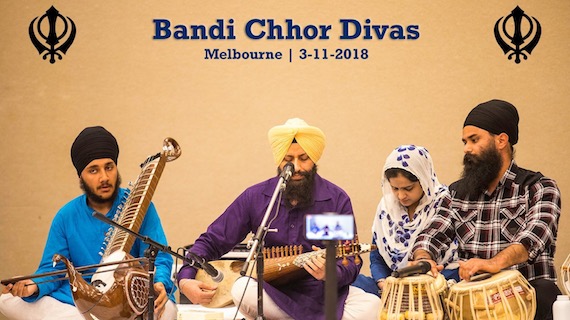 There was a display of Sikh exhibition depicting various artefacts of Sikh traditions. Kids stalls including face painting and coloring were also organised. There was a Gurmat Quiz competition held for kids as well. A presentation about the history of Bandi Chhor Divas and Guru Hargobind Sahib ji was delivered by Simranpreet Kaur.

Hundereds of people from various communities also tried turbans at the event.

During half time, there was a kirtan darbar organised and various jathas from Melbourne participated.

All communities were welcomed to the event. Sangat from various corners of Melbourne including Shepparton also attended the kirtan. 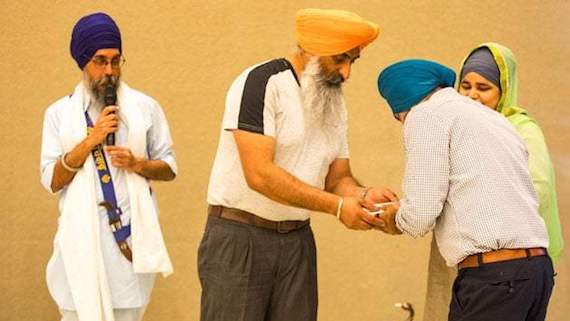 During the event, a donation of $5000 was presented to Khalsa Aid as well

Amarpreet Singh, Managing Director of Khalsa Aid (Asia-pacific) also attended the event and delivered a short speech about humanitarian projects of Khalsa Aid happening across the world. During the event, a donation of $5000 was presented to Khalsa Aid as well.

Free vegetarian snacks and food was also served at the event.

Bandi Chhor Divas is a Sikh festival which coincides with the day of Diwali. Bandi Chhor Divas celebrates the release from prison in Gwalior of the Sixth Guru, Guru Hargobind Ji, and 52 other kings with him.