Kharar: A Kharar Court of district SAS Nagar (Mohali) here on Tuesday reissued a fresh production warrants against Jagtar Singh Hawara, a Sikh political prisoner currently lodged in  Tihar jail in New Delhi. The court has ordered that he should be produced on October 24. 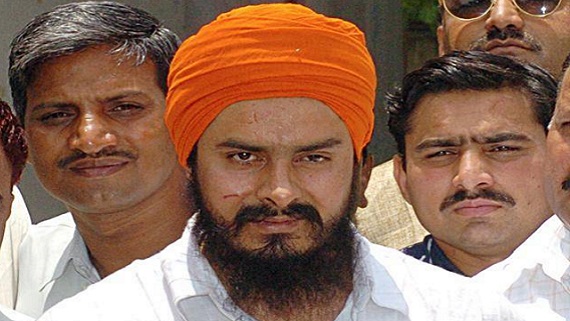 Earlier the court had issued a production warrant for September 19th related to a case, bearing FIR No 144/15-6-2005 was registered against Bhai Jagtar Singh Hawara under section 3, 4, 5 of Explosive Act and sections 25, 54 , 59 of the Arms act.

The case was registered against Jagtar Singh Hawara, Parwinder Singh Bhinda, Swaran Singh Desu Majra, Gurdeep Singh Rana and Paramjeet Singh Bhola on the basis of purported secret information the Punjab Police claimed it had on the basis of which they raided a premises in Desu Majra near Kharar and supposedly recovered huge arms, reports The Tribune (TT).