Srinagar: A minor girl namely Kaneeza (9) was killed and a minor boy Faisal (6) was injured as they were hit by bullets in Kupwara district on Wednessday. The police maintains that they were hit by stray bullets more than 100 meters away from the encounter site.

On the other hand a statement issued by the Hurriyat Conference maintains that killing of innocent baby was an outcome of recent threat statement of Indian army chief in which he had warned Kashmiri militant that they (militants) should always remember that they too have families. The statement was seen as a threat of attack on civilians after the bullets were reportedly fired on the house of a police officer in Kashmir. 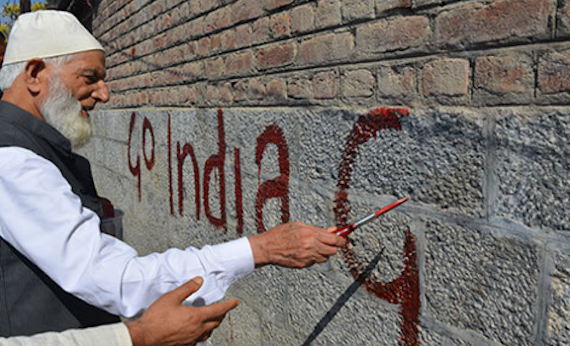 As per a written statement issued by the Hurriyat “Joint resistance leadership has called peaceful protest after Friday prayers on March 17, against the killing of innocent baby and critically injuring her brother in a shootout at Kupwara and said that it is the outcome of recent threat statement of Indian army chief”.

“Blaming Indian authorities for bloodshed in Jammu and Kashmir, the leadership paid their rich tributes to slain youth leadership in their joint statement demanded impartial probe in innocent killings & said that the state authorities in no way can deliver justice as they are dishonest and irrelevant. We reject any such inquiry declared by state authorities as they are insincere and not trust worthy” the statement reads further.