Chandigarh: The Khalra Mission Organisation (KMO) has demanded that a Special Investigation Team (SIT) should be formed to investigate the truth of secret meetings of former Punjab CM and SAD (B) patron Parkash Singh Badal with former Punjab police chief KPS Gill.

Stating that KPS Gill was the ‘butcher of Punjab’ as he had unleashed the region of state terror on civilian Sikh population of Punjab, the human rights body asserted that Parkash Singh Badal had also supported the mass crimes committed by the state forces during KPS Gill’s tenure as police chief of Punjab. 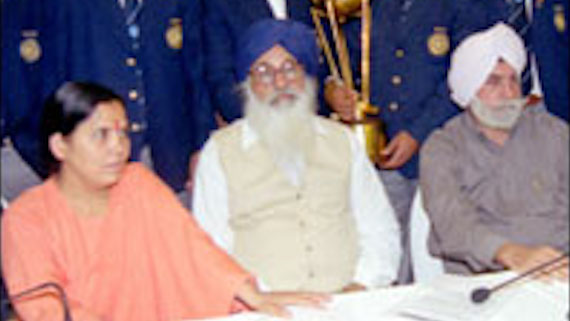 Reacting to Hindutva leader Lakshmi Kanta Chawla’s demand for ban on a recently published book “Punjab Da Butcher” which titles KPS Gill as the ‘butcher of Punjab’, KMO said that the Brahminical forces were showing up their “true face” by supporting an infamous police official who was responsible for getting thousands of innocents killed in fake encounters.