USA: A press release by the Sikh Research Institute (SikhRI) informs that the Kultar’s Mime would be performed at Hofstra on Wednesday, October 28. It is likely to be last NY area performance. 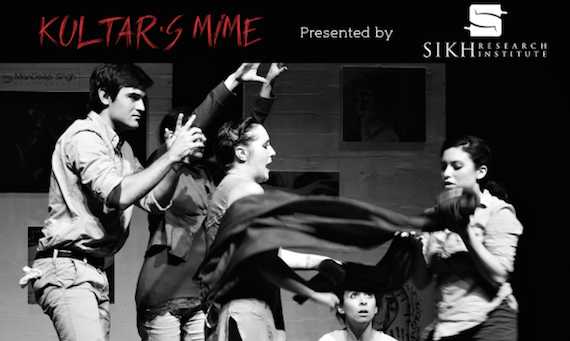 “You will be happy to learn of the continuing success of Kultar’s Mime. We just returned from our 50th performance at the Parliament of the World’s Religions in Salt Lake City; prior to that, the play was presented at Scottish Parliament in Edinburgh and various other venues in the UK”, reads the press release.

Between Oct 31 and Nov 3, exactly 30 years ago in 1984, bloody violence was visited upon the Sikh community in India after the news that the then Indian Prime Minister, Indira Gandhi, had been assassinated by Bhai Satwant Singh and Bhai Beant Singh.

Sarbpreet Singh, a Sikh and a community activist in the ​Greater Boston area wrote a poem ​titled “Kultar’s Mime” in 1990. Drawing on various sources and inspirations, ​such as the poem ‘In The City Of Slaughter’ by Jewish poet Hayim Nahman Bialik​ and verses from Bhai Gurdas, a 16th century Sikh poet, ​Singh wrote the poem to express his own reaction to the horrific violence of 1984. He named the poem “Kultar’s Mime” after ​a character he read about in anthropologist Veena Das’ book on the carnage survivors in Delhi.