Law Commission report must lead to abolition of death penalty in India: Amnesty

New Delhi/ Bangaluru: The Indian government must heed the findings of a Law Commission report on the unfairness of the death penalty in India and immediately abolish it for all crimes, Amnesty International India said today.

On 31 August, the Law Commission of India submitted a report to the Ministry of Law and Justice, in which it said that the administration of the death penalty in India is fallible, vulnerable to misapplication, and disproportionately used against socially and economically marginalized people. “The death penalty therefore remains an irreversible punishment in an imperfect, fragile and fallible system,” it said. The Commission stated that it hoped “the movement towards absolute abolition will be swift and irreversible.”

“The Law Commission’s report is a vital step forward in the debate around the death penalty in India,” said Aakar Patel, Executive Director of Amnesty International India. 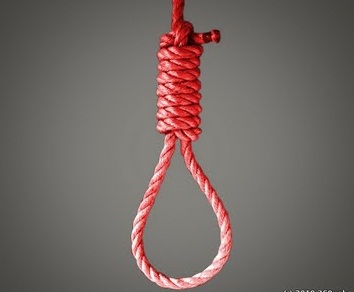 “The Commission debunks many of the myths surrounding the death penalty. Although the report stops short of recommending complete abolition, Parliament must seize this opportunity to show political leadership and abolish capital punishment for all crimes.”

“As the report says, the government has the power to lead public opinion, and indeed an obligation to do so on issues of human dignity and equality.”

The Commission recommended that the death penalty be abolished for all crimes other than ‘terrorism-related offences and waging war’. However it pointed out that “there is no evidence of a link between fighting insurgency, terror or violent crime, and the need for the death penalty”. Citing examples including Nepal and Sri Lanka, it said, “Several countries have abolished the death penalty, or maintained moratoriums on executions, despite facing civil wars, threats of insurgency or terrorist attacks.”

The Commission also noted that “a country’s decision to abolish or retain the death penalty is not necessarily linked to its socioeconomic or development profile” and that “the road to abolition is not always a function of public opinion.”

In emphasizing the arbitrariness and inconsistency in how the death penalty is imposed in India, the Commission quoted Supreme Court judgements which said that death sentences have been “arbitrarily and freakishly imposed”, and noted that there is large variation between states in the rate of imposition of death sentences for murder. It concluded that “there exists no principled method to remove such arbitrariness from capital sentencing.” The Commission also observed that the disposal of mercy petitions is vitiated by “gross procedural violations and non-application of mind”, making the death penalty “indefensible”.

The Commission stated that the death penalty does not achieve any constitutionally valid penological goals, including deterrence or retribution. “Reliance on the death penalty diverts attention from other problems ailing the criminal justice system such as poor investigation, crime prevention and rights of victims of crime,” it said. It recommended various measures to improve the criminal justice system, including police reforms, improved witness protection and compensation to victims.

“The Law Commission points out that in nearly a quarter of the cases in which the Supreme Court has recently given the death penalty, it has done so in error,”said Aakar Patel.

“India’s gamble with this lethal lottery needs to stop now.”