It seems that this phone call is few months old and MP Bhagwant Mann could be seen criticising people with whom he is now sharing stages in AAP rallies.

Bhagwant Mann says that some people imaging themselves as future MLAs and think that they could win Punjab elections easily as people in Delhi have elected unknown personalities as AAP MLAs. He says that dynamics of Punjab politics were different in Punjab where, he adds, personalities do matter.

“If it was so (people had votes for AAP) then why did not Jyoti Mann won? Why Phoolka did not won? As he had not worked in people of Punjab”, said Bhagwant Mann, while insisting that he won because of his established celebrity status. 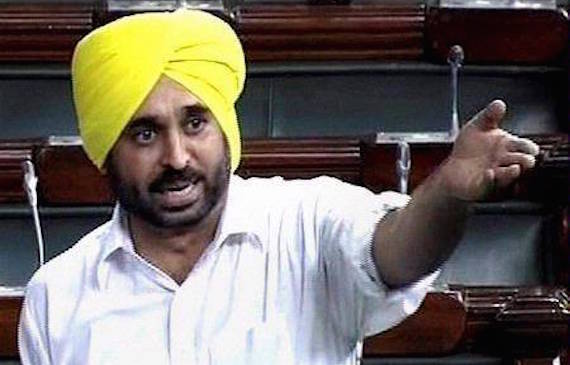 It is notable here that Aam Aadmi Party had received massive response from people of Punjab during last Lok Sabha elections. Party was able to bag four parliament seats in Punjab which is total number of seats where the AAP was able to secure throughout Indian subcontinent.

People of Punjab were eagerly waiting for a viable alternative front to end cycle of power-shift between two traditional forces i.e. SAD (Badal)-BJP combine and the Congress party. Lok Sabha election results show that people of Punjab took AAP as that viable alternative. An analysis of AAP’s scores during Lok Sabha elections in Punjab reveals that tough the AAP was able to attract cross-section voters but support from Sikh voters was overwhelming.

AAP has been getting massive response from people of Punjab in terms of surprise gatherings in AAP’s conferences across Punjab. It seems that people have high hopes from AAP in Punjab, but given the in-fight and lack of credential leadership it is feared that even if AAP succeeds in 2017 elections, people of Punjab may loose this much awaited opportunity to bring in a sincere political alternative in Punjab.