New Delhi/ Chandigarh: Legal experts have raised questions over registering sedition charges against JNU students. Their plea is that as per Supreme Court of India’s guidelines no statement or slogans amount to sedition unless there was realistic and imminent threat of incitement of violence.

According to The Tribune (TT) [t]op legal experts said the case itself was “legally stupid and foolish” and “would never stand the scrutiny of law”.

Experts based their contention on the interpretation of Section 124-A of IPC (sedition) by the Constitution Bench of Supreme Court in 1962 in the famous “Kedarnath versus State of Bihar” judgment, notes The Tribune (TT).

“It for the first time explained what constituted an offence of sedition. It said the offence would be made out only if something said against the state is also coupled with a violent act to overthrow it. In the JNU case, it is legally stupid and foolish on the part of Delhi Police to file an FIR for sedition. Even if anti-India slogans were raised, nothing was done later to overthrow the state. For instance, if someone says Nathuram Godse is a saint, he may offend [..] sentiment but can’t be booked for sedition,” senior Supreme Court lawyer Colin Gonsalves said.

Colin Gonsalves recalled two specific cases where the Supreme Court of India court had rejected the state’s charges of sedition — one involved a Sikh who raised “Khalistan zindabad” slogans and another a Muslim who said arms should be distributed to fight the Indian state. 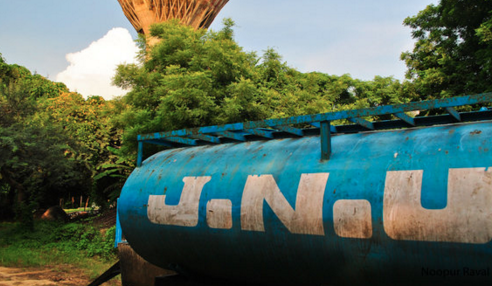 PDT Achary, former top law officer of the Lok Sabha, argues that sedition is unconstitutional. “Even the original IPC draft of 1861 didn’t have this Section. It was an afterthought by the colonial rulers to crush Indian subjects. In a democracy, sedition has no place.”

Sikh lawyer Advo. Jaspal Singh Manjhpur said that ‘sedition’ was a political section of the IPC which is being used by ruling regimes in India to snub political opponents or those holding ideological differences.