Amritsar: In a written statement issued today the Shiromani Gurdwara Prabhandak Committee (SGPC) said that it has taken serious note of a photo that went viral over social media which shows that Haldiram Bhujiawala Limited has printed a photo of Darbar Sahib (Amritsar) on its namkeen packings. 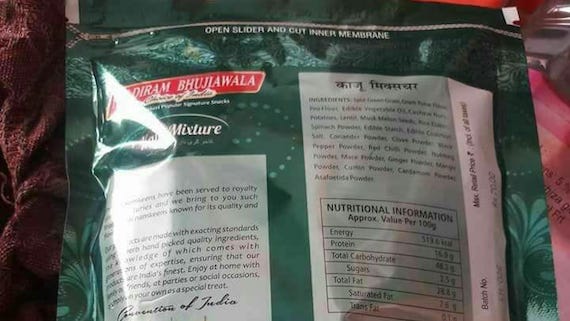 SGPC chief said that the Darbar Sahib is spiritual centre for the humanity and any attempt to use the photo of Darbar Sahib for selling any sort of products was unacceptable. He called upon Halidram Bhujiawala Ltd. to withdraw the packings and urged the Sikh sangat to not to buy company products to protest against the company for hurting Sikh feelings.