Chandigarh: As per the media reports former Aam Adami Party leader and Member Parliament from Patiala Dr Dharamvir Gandhi led a delegation of Punjab Front here of Thursday, demanding the Chief Minister of punjab Capt Amarinder Singh to the sale of opium and poppy husk in the state.

“Addicts cannot give up drugs overnight. As long as there’s a demand for drugs, stopping supplies abruptly without any alternative in place will create a humanitarian crisis,” Dr Gandhi reportedly said. 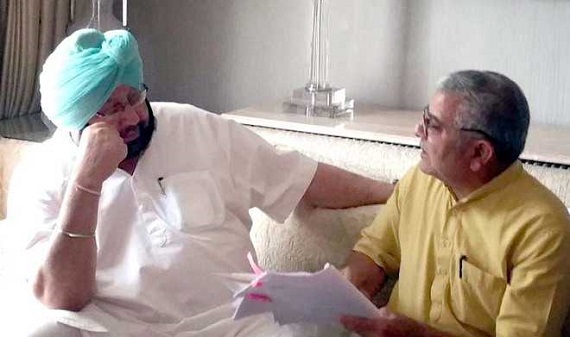 During his meeting with Capt Amarinder Singh he urged the Punjab CM to start with an opium registry so that every person who consumed opium and bhukki should be registered and attached with hospitals. The government should provide opium to them in a controlled way to wean them off more dangerous medicinal and synthetic drugs, he added.

The MP had presented the NDPS Act Amendment Bill in Parliament on March 10. Now, he has sought the help of the Punjab Government to get recreational drugs legalised, notes the The Tribune (TT).

While interacting with the mediapersons Dr Gandhi said the Congress government, like its predecessor (SAD-BJP), was concentrating on snapping the supply chain, but not giving much importance to the treatment of these “drug victims.”