Leicester: As per reports in local media, a Sikh footballer from Leicester in England was not allowed by a referee to play with Patka, which he wears in lieu of Dastar while on ground.

Leicester Nirvana striker Gurdeep Singh Mudhar was ordered to take ‘Patka‘ off ahead of his team’s match at Huntingdon Town Football Club, in the East Anglian county of England, last month.

When Gurdeep Singh refused to remove the Patka, the 21-year-old’s team-mates supported his stand by refusing to go on to the pitch without him, forcing the referee to eventually back down. 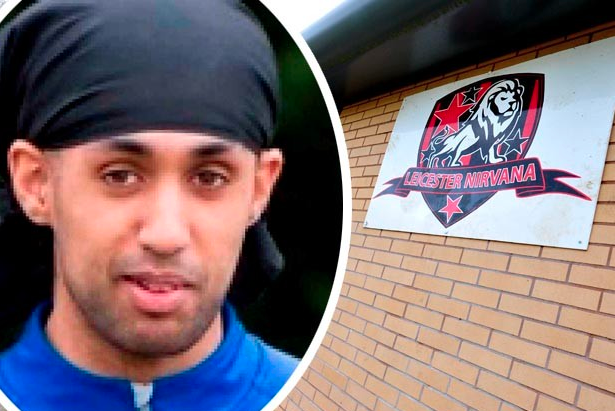 “He (Gurdeep) always plays in the bandana. It’s never been a problem anywhere else but the referee went up to him and said: ‘You’re not playing in that’. I think it was more out of ignorance because he didn’t know the rules rather than anything else. But it was embarrassing for him (Gurdeep). The other players were right behind him – if he’s not playing we’re not,” Zak Hajat, the first team secretary, was quoted as saying by ‘Leicester Mercury’ newspaper.

As per a news in Daily Ajit (a Punjabi vernacular published from Jalandhar, Punjab), Gurdeep Singh went on to score both Nirvana goals in a 2-1 victory in the match .

The club has now made a complaint to the Football Association (FA) about the referee and says more needs to be done to make officials aware of the rules to prevent similar situations in the future.

In a statement, Leicester Nirvana said: “What we find very difficult is the lack of appreciation or understanding of the impact that these types of events have on the club, the team, the community and most importantly the players concerned.

“Nirvana is one of the most diverse clubs in the country, and have been put in a position where a lack of training or cultural understanding has yet again, resulted in discrimination,” Nirvana said.