California: It is learned that the local Sikhs of Bakersfield a small town in the state of California, has kicked off a movement to “rename Stone-creek Park to Jaswant Singh Khalra Park and honor Bakersfield’s Sikh community and the entire region in honor of human rights.” 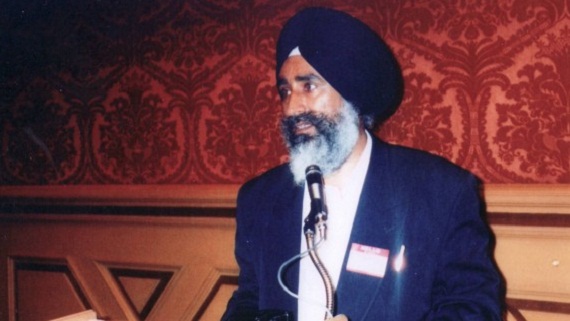 Jakara movement a youth organisation is in the process of collecting signatures of support from the community and have reached out to city officials and Councilman Chris Parlier, whose ward the park is located in, in their efforts to get the name changed. About 100 people attended a city council meeting Mar. 28 in this connection, reads a quote from a report published on the official website of Bakersfield.com.

It is said that till date around 570 people have signed the above mentioned petition.

“Named after an early housing development, the “Stonecreek Park” name is not in sync with the changing demographics of the city,” the organisation reportedly said.

Bhai Jaswant Singh Khalra was a human rights activist from Punjab. When Punjab entered a dark period during the ‘90s, explains the organization, Jaswant Singh Khalra “made a vow to the families of his colleagues that had been unjustly killed to discover the truth.”  He advocated for human rights and traveled to Canada, the U.K., and the U.S. to tell the world what was happening in Punjab.

“He knew that his life was in danger due to his actions, but he was fearless, according to Jakara movement, which adds that in September 1995, “the same forces that had killed so many innocents, picked him up from his home, tortured him, and murdered him with impunity.”

“Jaswant Singh’s life is a symbol of hope for all who care about human rights, dignity, truth and justice,” local media outlet quoted Stockdale High student Harleen Kaur as saying. “Naming a park in his honor preserves that legacy and celebrates the values that all of Bakersfield’s residents hold high.”

While interacting with the media Ridgeview High student Harvir Kaur stated that “We ask for greater representation, greater acknowledgement of diversity and civil and human rights be reflected and honored in our local community, especially in a political climate like today’s.”

“We want to honor our future, as this park renaming will be a permanent landmark in Bakersfield, marking our presence in our pursuit of the values that Jaswant Singh Khalra gave his life to,” she further said.