New Delhi: As per the media reports in a multi-crore Oriental Bank of Commerce (OBC) loan fraud case, the Central Bureau of Investigation  (CBI) has issued a lookout circular against Gurpal Singh Maan, son-in-law of Punjab Chief Minister Amarinder Singh, and three others accused in the Simbhaoli Sugar Mills scam of Rs 97.85 crore, the fraud was reported last month. 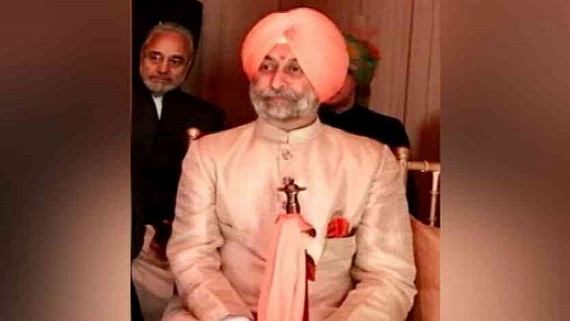 The case for allegedly defrauding the OBC on bank loan of Rs 97.85 crore and default of Rs 110 crore was registered by the CBI against the accused on 25th February 2018, the same was reported by the media sources the very next day.

According to the FIR, there were two loans, both from the OBC, under probe — a Rs 97.85 crore loan which was declared fraud in 2015, and a corporate loan of Rs 110 crore used to repay the previous loan. The second loan was declared NPA (non-performing asset) on November 29, 2016, notes The Tribune (TT) in its report.

The bank complained to the CBI on November 17, 2017, but the agency registered the case only on February 22. Among the 12 accused booked in the case, Simbhaoli Sugar Mills Limited chairman Gurmit Singh Mann’s name was also included. The mill is located in Hapur in Uttar Pradesh.