Ludhiana: A trial court at Ludhiana today proceeded with the trial of Sikh political prisoner Bhai Jagtar Singh Hawara in a 1995 case. The case registered at PS Kotwali (Divison No. 1) Ludhiana under FIR No. 139/95 (dated: 30/12/1995) under Arms Act for alleged recovery of AK 56 rifle and 50 cartridges. 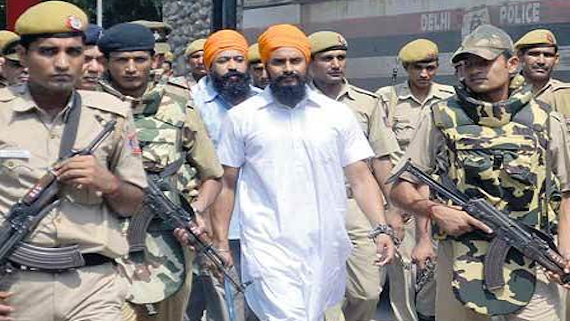 The trial court had issue directions to the police to produce Bhai Jagtar Singh Hawara before the court for trial but the jail authorities had expressed their inability in this regard citing alleged security reasons.

“After the jail authorities refused to produce Bhai Jagtar Singh Hawara before the court, the court proceeded with the procedure laid down under section 313 (Cr. P. C). A special messenger of the court was sent to Tihar Jail who tendered written queries to Bhai Jagtar Singh Hawara and recorded his response. This statement was attached to the court record today”, Advo. Jaspal Singh Manjhpur told Sikh Siyasat News (SSN) over phone.

“The court of JMIC* Varinder Kumar has fixed 1 December, 2017 as date for hearing arguments in this case”, he added.