Ludhiana: The Ludhiana police today presented two inmates of Central Jail Ludhiana before the court of JMIC (Judicial Magistrate First Class, Ludhiana) in case FIR number 0177/2018 dated 22 June 2018. This case pertains to thrashing of another inmate inside the Ludhiana jail, who was accused of committing beadbi of Guru Granth Sahib.

The FIR was registered on 22 June but after the gap of 14 days the police presented only two persons (Amaninder Singh and Mandeep Singh) before the court today. 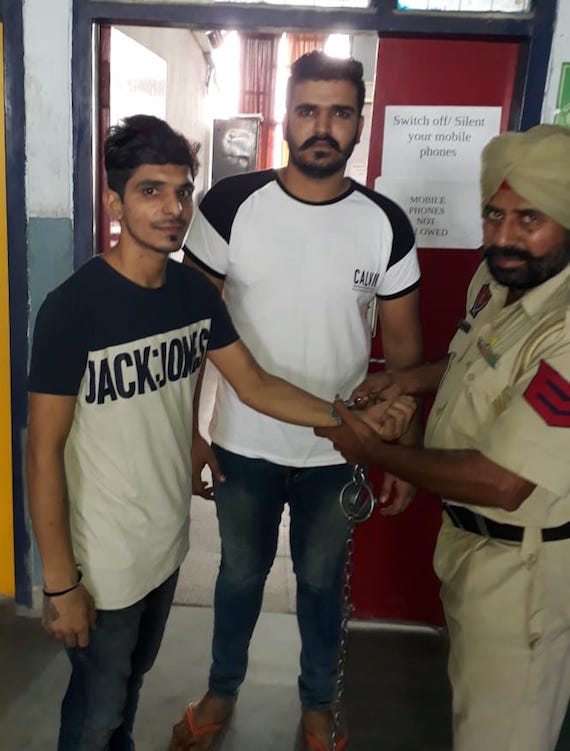 He told the court that the jail staff has broken left foot of Harsimrandeep Singh and a finger of left hand of Gurpreet Singh Gopi.

He told the court that the police has deliberately not presented Harsimrandeep Singh and Gurpeet Singh Gopi before the court to hide the fact of torture and requested the court to get all five persons medically examined.

The court ordered the police to get Amarinder Singh and Mandeep Singh medically examined before taking them back to the jail. The court told the police to place the medical report before it at the earliest possible.
The court further ordered police to present Harsimrandeep Singh, Gurpreet Singh Gopi and Simarjeet Singh before the court tomorrow.

It is notable that one Jagjit Singh who had committed beadbi of Guru Granth Sahib in Bachhauri village (in Nawanshehr district) was thrashed by Ludhiana jail inmates on June 22.