Ludhiana: As per the media reports the police have released a sketch of a suspect and also announced a cash reward of ₹5 lakh for providing information leading to the arrest of the guilty, as the state police has failed to trace the killers of RSS leader Ravinder Gosain. 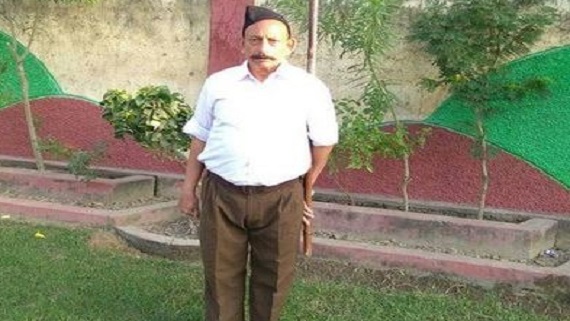 “The suspect, who is tall and slim with trimmed beard, was wearing a turban when he was seen near D ho lew al on October 10”, said a police official while interacting with the media.

Meanwhile, the Assistant commissioner of police ( ACP-east) Pawanjit Singh, while talking to Hindustan Times (HT) said  the police have scanned all CCTV cameras installed in the area. The police have zeroed in on the suspect, who might have stolen the yellow Honda Stunner bike that was used in crime.

Earlier, the police had announced a cash reward of Rs 50 lakh and a police job for providing information about killers in the case and same was advertised in all leading newspapers of the region.