New Delhi: Responding to reports of a mob in Tezu, Arunachal Pradesh, dragging two people suspected of the rape and murder of a five-year-old girl out of a police station and beating them to death with hammers and iron rods, Arijit Sen, Programme Manager, Amnesty International India said. 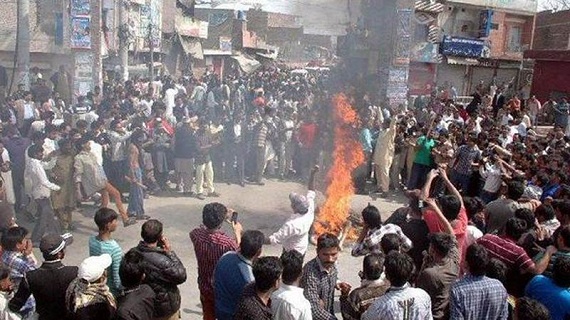 “Impunity for violence against women and girls is a real problem in India, and needs to be addressed seriously. But the answer can never be vigilantism. Members of the lynch mob who killed the two suspects must be brought to justice. Nobody should be allowed to take the law into their own hands.”

“These attacks undermine the rule of law and the functioning of the criminal justice system. If the administration fails to punish those responsible, it will send the message that public anger justifies cruel vigilantism.”

In a similar incident in 2015, an undertrial suspected of rape was dragged out of the Dimapur Central Jail in Nagaland and lynched. The state police are yet to file charges against anyone.