Mumbai: As per media reports a special court in Mumbai today discharged eight persons who were accused in the 2006 Malegaon blast case. The court said that there was no material evidence against them. Of the nine accused, one Shabir Ahmed died in an accident in 2015 and all others were granted bail by a trial court in November 201..

They were framed in a case related to four bomb explosions that took place on September 8, 2006, that killed 37 people and injured more than 100. The explosions took place near Hamida Masjid in the Bade Kabarastan area of Malegaon.

Five days later, on September 13, a fake bomb was found on the staircase of Mohammedia Mosque. 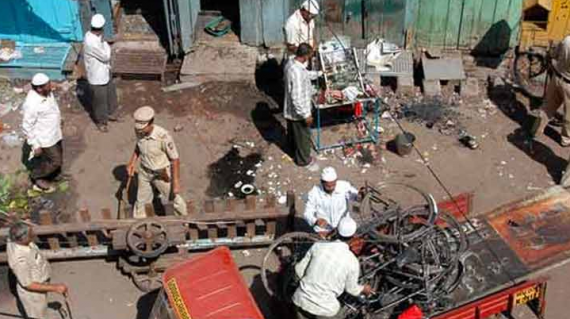 The case was probed by the Anti-terrorism Squad (ATS). Maintaining that claiming the blasts were carried out by the banned Students Islamic Movement of India (SIMI), the ATS had arrested nine persons.

The case was later handed over to the Central Bureau of Investigation that had endorsed the ATS’ claims. The CBI had added names of four more persons to the list of accused.

After Swami Aseemanand confessed before a court that the blasts were carried out by a Hindu group, the investigation was transferred to the NIA on April 6, 2011.

The NIA claimed that Sunil Joshi, who was a key conspirator in the 2008 Malegaon blast and was found murdered later, was also the conspirator of the 2006 blasts.

The agency filed a charge sheet in the case against Lokesh Sharma, Dhan Singh, Manohar Singh and Rajendra Choudhary.