New Delhi: The Manipur Government should carry out prompt, full and independent investigations into all allegations of human rights abuses related to protests in the state in the past few months, including the excessive use of police force.

“Authorities in Manipur must demonstrate their commitment to human rights and the rule of law. They must ensure that they respect the right to freedom of expression and peaceful protest while maintaining public order and safety,” said Aakar Patel, Executive Director of Amnesty International India. 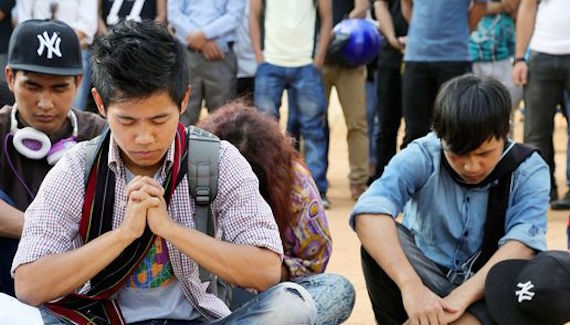 “Incidents of violence and vandalism by protestors also need to be effectively investigated, and those suspected of human rights abuses brought to trial.”

Since July 2015, civil society groups and civilians in the Imphal valley have been demonstrating for the implementation of a system to regulate the entry of non-domicile people into the region.  On 8 July, a 16 year old student was killed in a protest in Imphal after being hit by a teargas shell fired by the police.

On 31 August, the state assembly passed three laws – the Protection of Manipur People Bill, Manipur Shops and Establishments (Second Amendment) Bill and Manipur Land Revenue and Land Reforms (Seventh Amendment) Bill. The bills were criticized by some indigenous people’s groups as being ‘anti-tribal’.

In Churachandpur district, demonstrators set fire to the homes of six state legislators in protest. They also burned down and vandalized the living quarters of district council members and other government buildings. At least eight people have died in clashes between protestors and the police, of whom six – including a 10 year old boy – were killed in police firing.

Protestors and civil society groups in Churchandpur have claimed that the police used live ammunition without issuing a warning or first trying non-violent or less harmful means to disperse the protests.

“Excessive police force cannot be an answer to violent protests. The police must distinguish between persons engaging in violence and peaceful demonstrators or bystanders. Firearms should be used only as a last resort when less extreme means have failed, and intentional lethal force should be used only when strictly unavoidable to protect life,” said Aakar Patel.

“The government must also engage with civil society groups more actively to create a space for dialogue”.