Amritsar/ Fatehgarh Sahib: The Shiromani Akali Dal Amritsar (Mann) has expressed disappointment of recent statement by United Akali Dal (UAD) chief Bhai Mohkam Singh. In a recent video interview Bhai Mohkam Singh had said that he does not support the agenda of Khalistan anymore. In a written statement issued today, Mann Dal leaders Ranjit Singh Cheema and Shingara Singh Badla said that it was very unfortunate and disappointing to see Bhai Mohkam Singh, who was a front line leader of the Damdami Taksal, saying that he was not in favor of the Khalistan and believes in ‘Indian currency bearing a photo of Gandhi’. 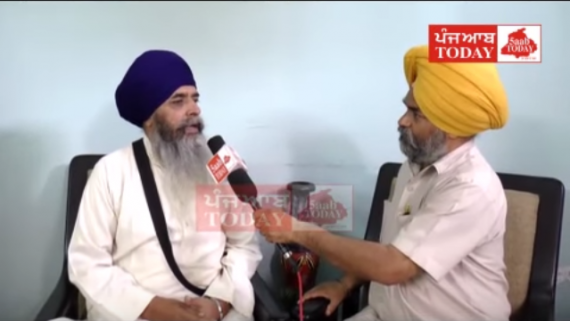 SAD Mann leaders said that Bhai Mohkam Singh had repeatedly declared that he would follow the foot-prints of Sant Jarnail Singh Bhindranwale but now he had turned his back toward the cause of Khalistan.

The statement was issued after a monthly meeting of the party leaders at party’s Fatehgarh Sahib based head-quarters.