As per information RSS has been organising a week long camp at Lincoln College owned by former MLA and SAD (Badal)’s assembly incharge Didar Singh Bhatti. The camp was to conclude on July 01.

As per information group of 15 to 20 members of the SAD (Amritsar) led by office secretary Ranjit Singh Cheema gathered at the college gate and started raising pro-Khalistan slogans. 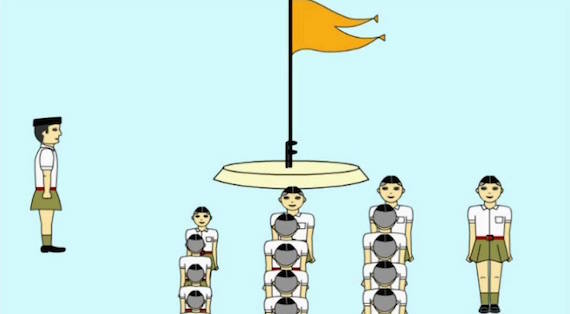 The police reportedly intervened to disperse the protesters.

District RSS president Jagdish Verma said they had organised the camp to enable the local youth to be physically fit by doing some exercises, besides inculcating a sense of patriotism among them.

The SAD (Amritsar) workers accused the RSS for being an anti-minorities and fascist organisation They later submitted a memorandum to SGPC chief urging him to take action against Didar Singh Bhatti for allowing RSS to organise the camp.