Fatehgarh Sahib/ Chandigarh: In a written statement released yesterday the Shiromani Akali Dal Amritsar (Mann) said that the party honours the unanimous decision of the Sarbat Khalsa 2015 to appoint Bhai Jagtar Singh Hawara as Jathedar of Akal Takhat Sahib and the party would respect every direction coming form the Tihar Jail (where Bhai Jagtar Singh Hawara is presently confined).

“But some name-sake leaders attempting to create confusion in the Sikh nation. They are referring to sincere appeal of Bhai Jagtar Singh Hawara to united the leaders of the Sikh nation on a united platform but want to form an executive committee before release of other Sarbat Khalsa appointed Jatehdars, Bhai Dhian Singh Mand and Bhai Amrik Singh Ajnala. The party will not accept such activities and the ‘Sarbat Khalsa organisations’ will not extend any help in this regard”, reads the statement issued in Punjabi/Gurmukhi. 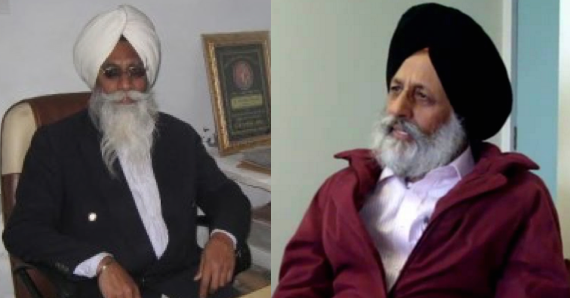 Iqbal Singh Tiwana, chief spokespersons and media & political advisor of SAD (Amritsar) said that the ‘Sarbat Khalsa organisations’ will leave no stone turned to implement the directions that would be issued jointly by all four Sarbat Khalsa 2015 appointed Jathedars after release of Bhai Dhian Singh Mand and Bhai Amrik Singh Ajnala.

It is also understandable that during these meetings Bhai Hawara might be discussing Panthic issues with with Advo. Chahal. But we are also in regular contact of Bhai Jagtar Singh Hawara, he added.

On the issue of formation ‘executive committee’ S. Tiwana said that how could Bhai Jagtar Singh Hawara ignore the Sarbat Khalsa organisations, which had appointed him as Jathedar, and separately entrust Advo. Amar Singh Chahal or some body else to make any panthic move. Such a thing is not possible, he added.