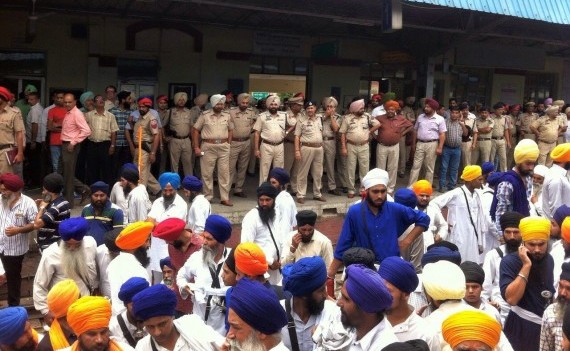 As a result of the protest the railway traffic was affected on Amritsar-Delhi and Delhi-Jammu main lines.

As per information, railway tracks were also blocked at village Hassanpur near Ludhiana. Members of Bapu Surat Singh Khalsa’s family also participated in this protest.

It is notable that Bapu Surat Singh, aged 83, is on hunger strike since January 16. He is seeking permanent release of Sikh political prisoners who have served minimum mandatory terms for the sentence of ‘imprisonment for life’.