Amritsar: The Shiromani Gurdwara Prabhandak Committee (SGPC) and the SGPC appointed acting Jathedar of Akal Takht Sahib objected to use of term ‘Sunehri Mandir’ on boards of National Highway Authority of India (NHAI).

‘Naming Harmandir Sahib as Sunehari Mandir has severely hurt the religious sentiments of Sikhs. Darbar Sahib is not a temple, but a most revered holy place of Sikhs’, Giani Harpreet Singh said on Wednesday.

Giani Harpreet Singh has issued directions refer to Sachkhand Sri Harmandir Sahib, Sri Darbar Sahib, Amritsar as such and not as “Golden Temple” or “Swaran Mandir” or “Sunehri Mandir”. 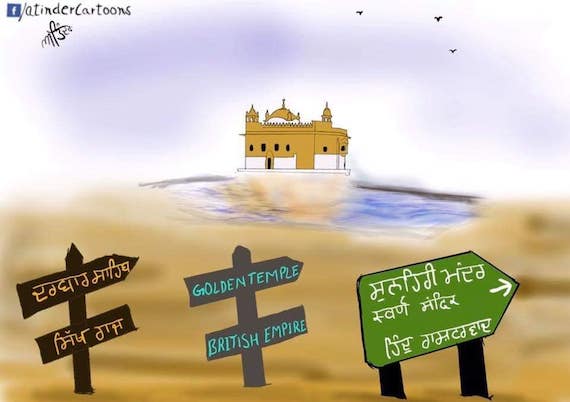 The issue however is reported in a misleading manner by an Indian newspaper named  The Tribune (TT). In a news report, The Tribune said that the SPGC objected to shrine’s “Hindi name”. Actually it was incorrect to say that the SGPC has objected to the use of Hindi name of Darbar Sahib, Amritsar as “Sachkhand Sri Harmandir Sahib, Sri Darbar Sahib, Amritsar” is the exact name of shrine and is usually referred as “Harmandir Sahib” or “Darbar Sahib” by the Sikhs. As the acting Jathedar has reiterated that the use of term ‘Golden Temple’ or ‘Sunehri Mandir’ or ‘Swaran Mandir’ is inappropriate and incorrect it is clear that the shrine has no other name in English or Hindi. 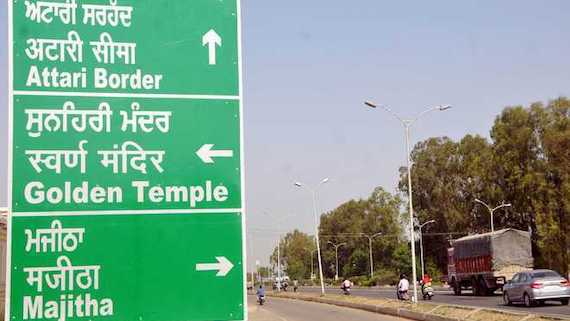 Secondly, the NHAI board had displayed the term “Sunehri Mandir” for Darbar Sahib, Amritsar in Gurmukhi letters so how it could be termed as “Hindi name”?

The Tribune, headquartered in Chandigarh is one of the main English vernaculars having considerable circulation in Punjab and adjoining states. Given this fact it is hard to believe that the newspaper reporters were not aware that the term ‘Sunehri Mandir’ written in Gurmukhi could not be termed as “Hindi name” for Darbar Sahib and further that its headline ‘SGPC objects to shrine’s Hindi name’ could generate wrong impression in the minds of readers, who may not be aware of the exact issue.