Chandigarh: As per reports emanating from Karnataka 3 Kashmiri students have been arrested on charges of ‘sedition’ by local police. Trio were reportedly arrested after a video in which they allegedly raised “Pro-Pakistan” slogans went viral. They were studying at an engineering college in Hubballi. 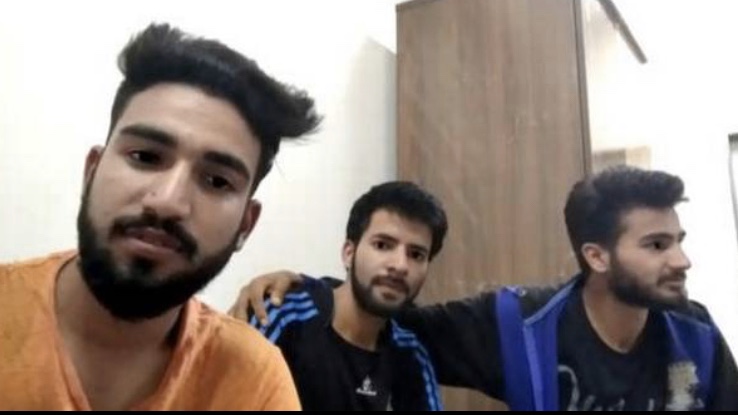 “We have registered cases under Section 124 A and Section 153 A and B of IPC (Indian Penal Code) and further investigation is on,” Police Commissioner R. Dileep reportedly said.

Principal of KLE Institute of Technology, Prof. Basavaraj Anami told press persons that after the video became public and it was brought to his notice, the police were alerted and subsequently the Police took the three students into custody for questioning.

Colonial era sedition clause (Section 124-A) of the Indian Penal Code 1860 is being reportedly used by the Indian state at one pretext or the other against persons belonging to struggling nationalities, religious minorities and political dissenters and their ideologues.

The Supreme Court of India (SCI) has time and again saved this clause saying that only such utterances could come under the preview of sedition law which caused incitement to violence or intention or tendency to create public disorder or cause disturbance of public peace.

But the Indian state’s law enforcement agencies continue to invoke sedition clause in case of any utterance which does not match with state’s nationalistic rhetoric.