Amritsar: As per reports emanating from Nankana Sahib in West Punjab, a number of people today pleted stones at Gurdwara Nankana Sahib. Local sources told Sikh Siyasat News (SSN) that this Muslim mob was led by family members of a Muslim boy whose marriage with a Sikh girl had triggered controversy few months back. 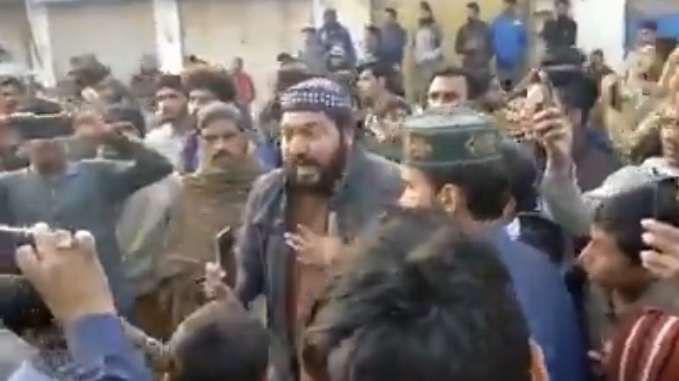 A screenshot from a video in which a person is threatening that no Sikh would be allowed to remain in Nankana Sahib [Source: Twitter]

Some videos of today’s incidents have surfaced over social media which show a group of people throwing stones towards Gurdwara Nankana Sahib.

The Pakistan government should take serious notice of today’s incident and take strict action against culprits.

In one of the videos a Muslim man could be seen openly saying that even in single Sikh won’t be allowed to remain Nankana Sahib. They even said that change the name of the town, that was named after Guru Nanak Ji being his Parkash place.