Amritsar: Endorsing the Kashmiris’ unequivocal right to self determination, the Shiromani Akali Dal Amritsar (Mann) and Dal Khalsa said by scrapping article 370 of the constitution, the government of India has plunged the region into further turmoil. The move will further alienate the people of Kashmir and peace will be a casualty.

Abrogation of Article 35-A and Article 370 of the Indian Constitution that granted special status to J&K is only a façade to continue the tirade of injustice and state-terror against the people of Kashmir, said SADA (Mann) chief Simranjit Singh Mann, while addressing the press meet at Dal Khalsa head office. 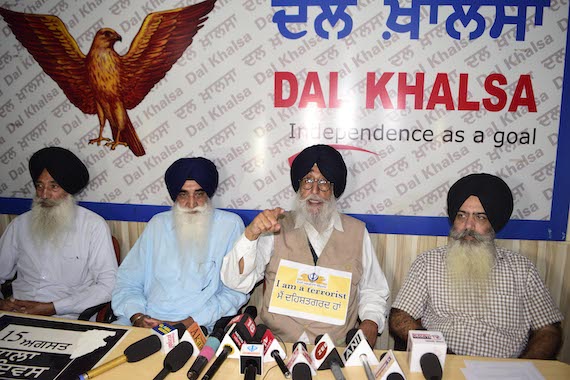 After caging the entire leadership from moderates to separatists, seizing the state with military might and disconnecting Kashmir from rest of the world, New Delhi has taken this retrograde step. This is a clear murder of democracy, said Mann.

Trashing Home Minister Amit Shah’s claim that article 370 was biggest hurdle to normalcy, Mann said contrary to it after Centre’s move normalcy in the region will become a distant dream. Kashmiris have been reeling under state repression since many decades. They won’t let their sacrifices to go in vain. Commenting on bifurcating J&K into two UT’s, Mann said nothing on ground is going to make difference as earlier, New Delhi was ruling the state through proxy, now it will rule directly. 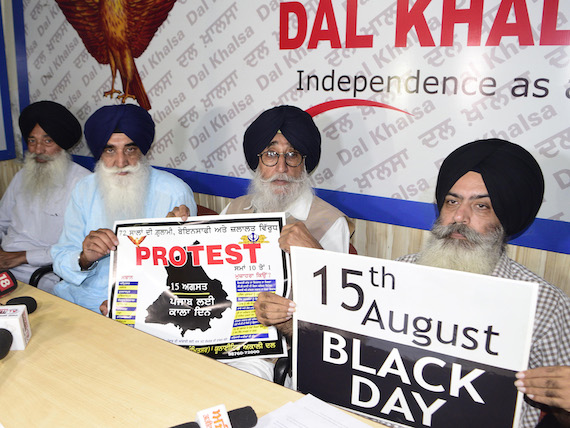 Hitting out at Shiromani Akali Dal (Badal) for being party to the NDA decision, he said by not opposing the move Badals had dumped the Anandpur Sahib resolution that demanded greater autonomy to states. Narien Singh of Akal Federation was also present.

He further said the present situation in Kashmir is reminiscent of the Punjab situation before the army attack in Amritsar in June 1984. With Gurus blessings, Sikhs fought against Indian aggression. It is evident that the Indian state hasn’t learned any lessons from its blunders and continues with its policy of trampling rights and political subjugation.

Slamming the Modi dispensation for turning down Donald Trump’s peace mediation offer, Dal Khalsa Spokesman Kanwar Pal Singh said we will be writing to the US president for mediation and intervention as we are geographical neighbours of Kashmir, we share political boundaries with Pakistan and India and we have experienced strain and stress over the last decades because of a climate of unrest and denial of human rights in the country.

Announcing their protests program to mark India’s Independence Day, both the organizations along with United Akali Dal called upon the people of Punjab to observe August 15 as black day. Mann said theirs group’s rank and file will stage peaceful protests on 15 August at 15 district headquarters carrying black flags and placards to lodge their protest against injustices and political subjugation.

Slamming the flip flop stand of Punjab government on the CBI closure report in Bargari Beadbi case, the leaders said Amarinder and his AG were issuing contradictory statements only to confuse and mislead the people and to hide their failures. Ironically, Amarinder is at same page with Sukhbir Badal in this case with shared interests to protect Dera Sirsa Head- who not only engineered sacrilege acts but was also involved in the Maur Bomb blast.

The worst irony is that DGP Prabodh Kumar is writing to CBI for reinvestigation making the findings of SIT led by Khatra as its basis completely ignoring and downplaying the SIT he himself is heading. They said justice not in Bargarhi but also in Behbal Kalan firing case too elude with top guilty cop SS Saini still free to obstruct the course of justice.