Mohali: Mayor of Municipal Corporation, Mohali city Kulwant Singh along with 3 other officers today has been suspended after taking strong note of the misdemeanors of these people regarding causing loss to the state exchequer. The case recommending suspension of the then Commissioner has been sent to the Government. Apart from this 2 other officials have been chargesheeted too.” 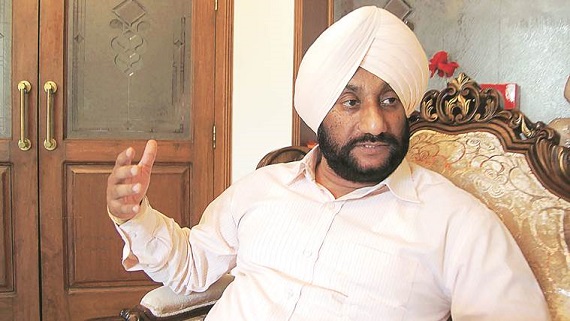 In a statemnet issued by Local Government Minister, Punjab, Navjot Sidhu he said that nobody would be permitted to misuse the hard earned money of the taxpayers.The minister further said that it had come to the notice of the department the then Mayor of Municipal Corporation, Mohali Kulwant Singh in connivance with the then Commissioner Rajesh Dhiman and other officials indulged in blatant misuse of his position and caused a loss of grave nature to the state exchequer while making a purchase of the Tree Pruning Machine.

The machine was priced at Rs. 28 lakh in the country while for making its purchase from abroad the price was Rs. 80 lakh. But a resolution was passed for purchasing it at exorbitant price of Rs. 1.79 crore and orders were placed for its purchase.

Acting on the report of Chief Vigilance Officer (CVO), orders have been issued for suspension of Mayor Kulwant Singh from Mayor-ship and from councillorship as well for causing misuse of power and causing financial loss to Municipal Corporation, Mohali. Similarly, the then Commissioner Rajesh Dhiman  has been chargesheeted in accordance with the Punjab Civil Services (Punishment & Appeal) Rules 1970 Section 8 and case recommending his suspension has been sent to the concerned department.