A Move To Bury the ‘Shaheed Gallery’? Damdami Taksal Seeks to install portraits of June 1984 martyrs at Central Sikh Museum

Baba Harnam Singh reportedly said that a ‘resolution’ to this effect was adopted during a Shaheedi Samagam held at Damdami Taksal headquarters at Mehta on 6 June, 2016. He said that the SGPC should install at Kendari Sikh Ajayabghar the portraits of Sikh martyrs who laid their lives during June 1984 attack on Darbar Sahiba and Akal Takhat Sahib by Indian Army. 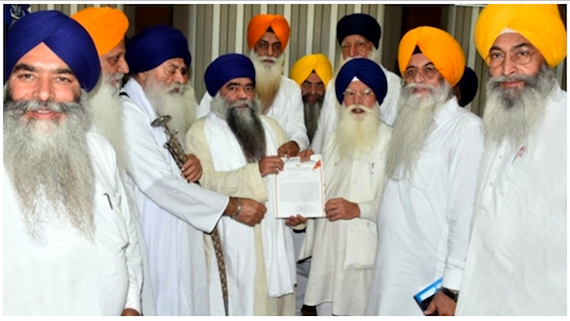 It is notable that when the Sikh Panth reconstructed the building of Akal Takht Sahib after it was extensively damaged by Indian Army (but had got repaired by the Indian state which was ultimately rejected by the Sikh Panth), a provision in the new building was made for a “Shaheed Gallery” in order to install portraits of martyrs of June 1984 ghallughara.

Sikh groups have been repeatedly raising demand to open the ‘Shaheed Gallery’ but the SGPC did not take any initiative in this regards. Baba Harnam Singh Dhumma is in close proximity of the ruling regime of the SGPC and the SAD (Badal) which eventually controls the SGPC. His move to demand installation of portraits of Sikh martyrs at Kendari Sikh Ajayabghar instead of raising demand to open the Shaheed Gallery has given rise to the suspicion that this move may lead to an attempt to bury down the ‘Shaheed Gallery’ issue.