Mukatsar: Sher Singh Ghubaya, ruling party’s MP from Ferozepur, had to face protest of Khet Mazdoor Union activists at Bhangchari village yesterday. He had gone there to attend the cremation of two farm labourers (a man and his son) who were killed in a fire due to stubble burning.

The protesters raised anti-government slogans. They said not a single politician had come to their support during their four-day protest, demanding compensation for the victims’ family. 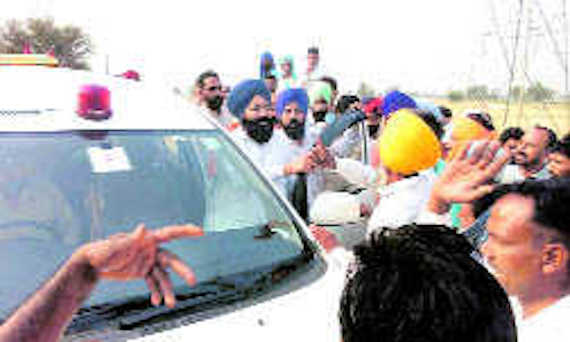 Tarsem Singh Khunde Halal, district president of the union, said: “We did not allow Ghubaya to attend the cremation. He was forced to return.”

Tarsem said: “Local MLA Harpreet Singh and chairman of the state SC commission Rajesh Bagha attended the cremation, but when they tried to talk to the son of the deceased in private, our activists objected to it.”

Speaking over the phone, Ghubaya said: “Some protesters asked me why I did not come to meet them earlier. I told them that I was attending the Parliament session.”