Lather, Jharkahnd: Two Muslim cattle traders, including one minor, were found hanging in a Jharkhand village on March 18. The Police have reportedly arrested five persons in this case including one persons who is said to be linked to a local “gau raksha smite” (an outfit for protection of cows).

The bodies of Mohammad Majloom (35) and Inayatullah Khan (12) were found hanging from a tree early Friday morning in Jhabar village under Balumath police station area of Latehar district. 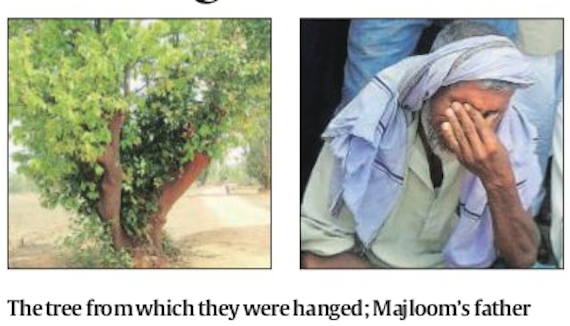 According to the police, the arrested accused maintained that they killed Majloom and Inayatullah after they resisted their attempts to take away the cattle that were being taken to a cattle fair for sale.

The police is looking for three other persons involved in this case.