Guwahati: In yet another round of clarification by the Central Government upon the highly classified ‘Naga-Accord’, the Union Home Secretary Rajiv Gauba on Friday ruled out changing territorial boundaries of northeastern states while implementing the “framework of agreement” signed by the Government of India with Naga ‘pro-freedom’ group NSCN-IM in August 2015 as a definite step towards finding a solution to the long-drawn Naga peace process. 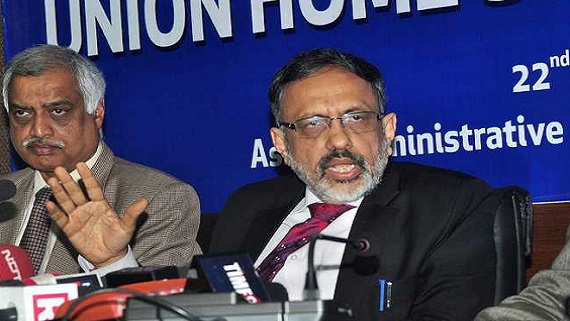 “I would like to point out that it has been already clarified even at the highest level of the Union Government that territorial integrity of none of the northeastern states will be disturbed because of the final solution to be reached with Naga group NSCN-IM in the light of the ‘framework of agreement’ signed with them by the Government of India,” Rajiv Gauda said while interacting with the media persons here on Friday.

It was widely apprehended  that the states of Assam, Arunachal Pradesh and Manipur, which have boundaries with Nagaland, may get effected in the view of the closely guarded ‘framework of agreement’ signed between the Government of India and he NSCN-IM, notes The Tribune (TT).