Nakodhar: In a memorandum to the SGPC Chief Kirpal Singh Badungar the parents of Bhai Ravinder Singh (Nakodhar Goli Kand) – Bapu Baldev Singh and Mata Baldeep Kaur, have reminded him  that on Feb. 02, 2011 the then Jathedar of Akal Takht Sahib had directed the SGPC to install the portraits of all the four Sikhs killed during Nakodar Golikand of 1986 at the Central Sikh Museum in Amritsar. 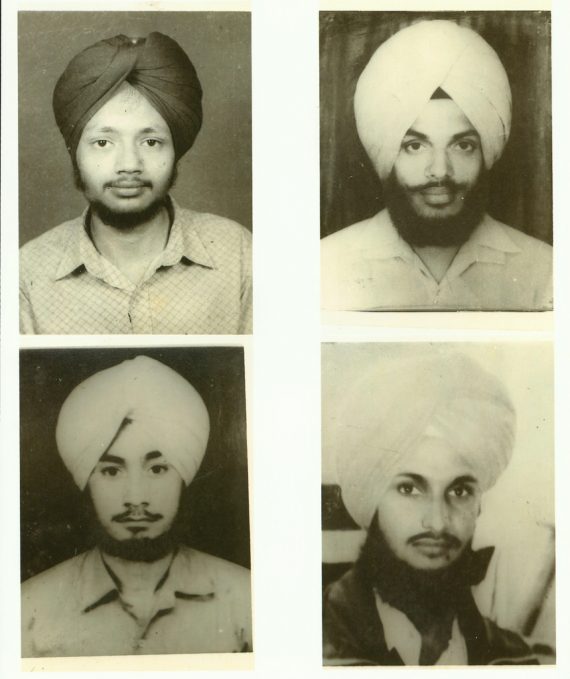 It is pertinent to note that on 2nd February 1986, four Saroops of Guru Granth Sahib were set afire which outraged the Sikh nation. On 4th February when Sikh sangat was holding a protest against the beadbi of Guru Granth Sahib, the Punjab Police had opened unprovoked firing in which four Sikhs namely Bhai Ravinder Singh (Littaran), Bhai Harmandir Singh (Sham Chaurasi), Bhai Baldhir Singh Fauji (Ramgarh) and Bhai Jhalmal Singh (Rajowal) were martyred.

Bapu Baldev Singh and Mata Baldeep Kaur added in their memorandum that those who sacrificed there lives to uphold the sanctity and dignity of Guru Sahib should be given their deserving place. They asked the SGPC chief to fulfill his duty to get the portraits of Sikh martyrs installed at the Central Sikh Museum.